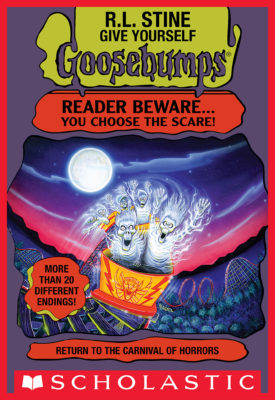 Return to the Carnival of Horrors (Give Yourself Goosebumps #22)

You escaped the first time. But Big Al, the evil carnival manager, wants your second visit to last forever!

You've got to get out there-before midnight. If you win three midway games, you have a chance. But the games are horrifyingly hard. Like Q Quest. If you pick the wrong number, the penalty will really blow you away!

Maybe you should look for a way out on the rides. But watch out for the Roller Ghoster. It's a steer-yourself roller coaster-filled with ghosts!