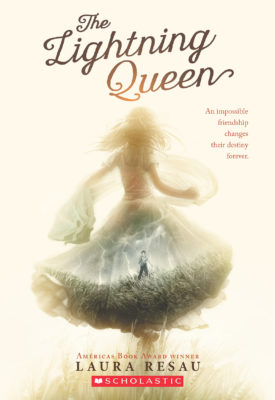 Nothing exciting happens on the Hill of Dust, in the remote mountains of Mexico in the 1950s. There's no electricity, no plumbing, no cars, just day after day of pasturing goats. And now, without his sister and mother, eleven-year-old Teo's life feels even more barren. And then one day, the mysterious young Esma, who calls herself the Gypsy Queen of Lightning, rolls into town like a fresh burst of color. Against all odds, her caravan's Mistress of Destiny predicts that Teo and Esma will be longtime friends. Suddenly, life brims with possibility. With the help of a rescued duck, a three-legged skunk, a blind goat, and other allies, Teo and Esma must overcome obstacles-even death-to fulfill their impossible destiny. Inspired by true stories derived from rural Mexico, The Lightning Queen offers a glimpse of the encounter between two fascinating but marginalized cultures--the Rom and the Mixtec Indians--while telling the heart-warming story of an unlikely friendship that spans generations.
Laura Resau

Laura Resau is the author of several highly praised novels, including The Lightning Queen, drawn from Laura's experiences living in rural Mexico, as well as Star in the Forest, The Queen of the Water, Red Glass, and What the Moon Saw. She is also the author of the acclaimed notebook series, which includes: The Indigo Notebook, The Ruby Notebook, and The Jade Notebook. Laura's books have garnered many state and library awards, as well as multiple starred reviews. She lives in Fort Collins, Colorado, and donates a portion of her royalties to indigenous rights organizations.