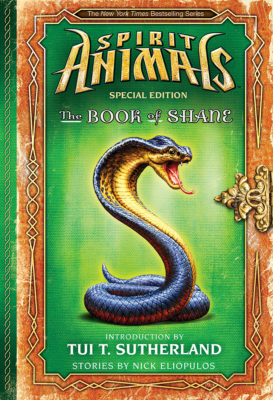 Friend and traitor. Conqueror and king. Hero and villain.

Shane is just a boy, but in order to free his people, he's resolved to do whatever -- to become whomever -- his mission requires. Throughout their journey to save the world, Conor, Abeke, Meilin, and Rollan have faced this dangerous foe again and again. But none have learned the truth of the boy who nearly changed the course of history forever.

Now that truth is revealed. With an introduction by Tui T. Sutherland, the New York Times bestselling author of Spirit Animals: Against the Tide and the Wings of Fire series, this collection sheds a light on the past, present, and future of the boy who would be conqueror -- and the role Shane has yet to play in the dangers still to come.
Nick Eliopulos

Paper Over Board / Library Binding