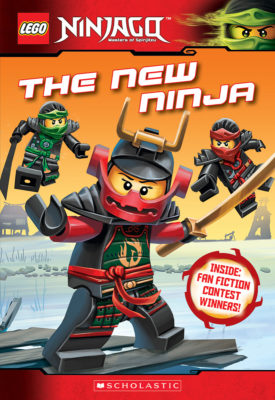 Nya has always been a key part of the ninjas' success, whether she's organizing operations from the Destiny's Bounty or fighting bad guys in her Samurai X mech. Cole, Jay, Kai, Lloyd, and Zane depend on Nya's fierce intelligence and awesome battle skills.

Now that Nya's a full-fledged ninja -- the Master of Water -- she's got more to offer the team than ever before. So when a call for help comes in, she decides to give the guys a night off. After all, what could go wrong?

As it turns out, a whole lot! It seems like the new ninja might be a little *too* independent. Can Nya figure out how to work together and take one for the team?