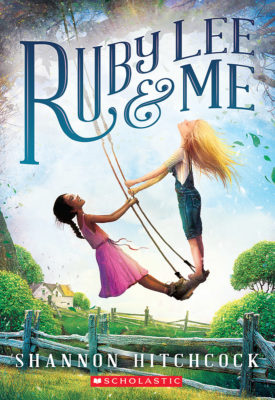 Ruby Lee and Me

Everything's changing for Sarah Beth Willis. After Robin's tragic accident, everyone seems different somehow. Days on the farm aren't the same, and the simple fun of riding a bike or playing outside can be scary. And there's talk in town about the new sixth-grade teacher at Shady Creek. Word is spreading quickly--Mrs. Smyre is like no other teacher anyone has ever seen around these parts. She's the first African American teacher. It's 1969, and while black folks and white folks are cordial, having a black teacher at an all-white school is a strange new happening. For Sarah Beth, there are so many unanswered questions. What is all this talk about Freedom Riders and school integration? Why can't she and Ruby become best friends? And who says school isn't for anybody who wants to learn--or teach? In a world filled with uncertainty, one very special teacher shows her young students and the adults in their lives that change invites unexpected possibilities.
Shannon Hitchcock