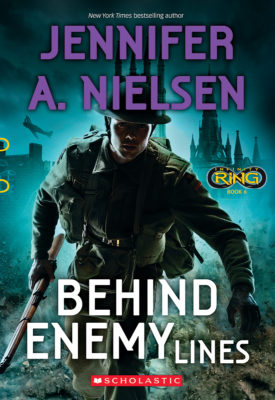 From the publishers of Spirit Animals and The 39 Clues and the mind of James Dashner, #1 New York Times bestselling author of The Maze Runner.

World War II is raging across Europe, and the Axis and Allied powers are in a stalemate. Time travelers Dak, Sera, and Riq can tip the scales in the Allies' favor... if they can pull off the most daring spy mission of all time. But even if they succeed, are they playing into the SQ's hands?

BONUS! Join the adventure -- and experience key moments in history -- in the epic online Infinity Ring game. Each book in the series unlocks a whole new quest.
scholastic.com/infinityring.
Jennifer A. Nielsen