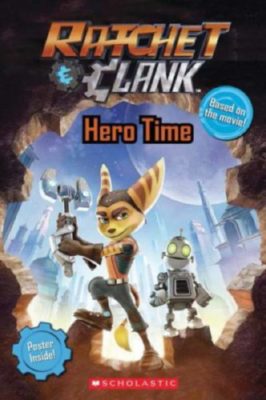 When the evil alien Drek decides to destroy every planet in the Solana Galaxy, the Galactic Rangers turn to two unlikely heroes for assistance: Ratchet, a rare Lombax who works as a mechanic, and Clank, a castoff robot from Drek's own forces. Can they work together to stop Drek and save the galaxy?

This 48-page reader is packed with pictures from the movie and is geared toward kids ages 5-8.
Meredith Rusu