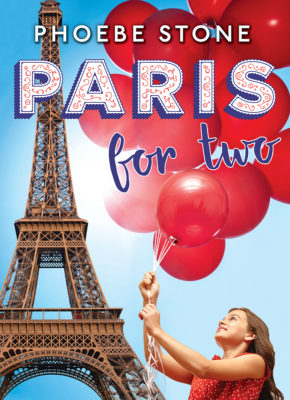 The best cure for a terrible crush on someone like Windel Watson is a trip across the ocean. That's what twelve-year-old Petunia Beanly thinks, until she hears where her family is moving. Not Paris. Not France. Anywhere would be better. Because that's where Windel will be, too.

When the Beanly family gets to Paris, Pet's older sister seems right at home. Ava swans around looking beautiful, and making Pet feel even smaller and more awkward. It feels like Paris has a place for everyone except Pet. All she wants to do is hide in a dark room with the pillows over her head.

But it turns out Paris has plans for Petunia Beanly. There are three bouquets awaiting her. If Pet can only find her courage, each bouquet will open a door and bring with it a sparkle that will change everything. And the person behind it? That will be Paris's biggest surprise of all.

--- - Dad says thousands of writers have used literally billions of words trying to describe 'love' without success. But I could tell him it is easy to describe. That moment a little bird that had been sleeping for so long inside me turned over. It turned over and its cold, still feathers began to warm.

Until then I had known so little about Windel, only the way he wandered into history class, often late. Now everything was different. It was his secret life. His never-before-seen confidence. His smoky, hidden moodiness. His obvious passion. And it was the music.