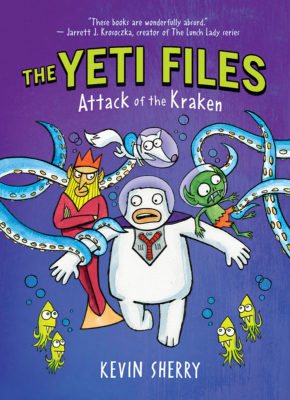 Attack of the Kraken (The Yeti Files #3)

Something smells fishy in the underwater kingdom of Atlantis. The merfolk claim the mighty kraken is attacking their city and threatening their safety. They have called yeti Blizz Richards and his team of cryptozoologists to track and capture the beast. But something about their story isn't holding water...

To find the kraken and get some answers, Blizz and the gang will have to face man-eating sharks, powerful magic crystals, giant crabs, and find a long lost hero in the furthest reaches of the deep.
Kevin Sherry