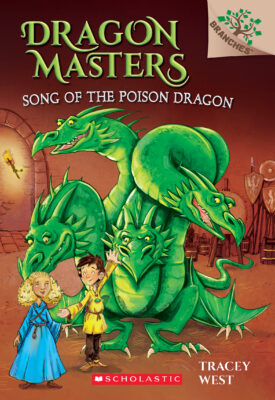 In book #5, the Dragon Masters are excited to meet the newest Dragon Master, Petra. But when she arrives at the castle, she doesn't fit in right away. She's a know-it-all, and she doesn't even try to connect with her four-headed dragon! Could the Dragon Stone have chosen her by mistake? Then something terrible happens to the king. Petra will have to work with the other Dragon Masters to save him before it's too late!
Damien Jones