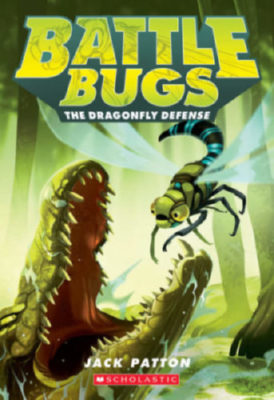 Max Darwin is called back to Bug Island urgently. Lizards have been spotted making landfall on the banks of the Roaring Rapids river.

Max soon realizes that the lizards are just a small nuisance compared to the giant that's been ferrying them across from Reptile Island. Admiral Longtooth, a huge saltwater crocodile, is determined to show the bugs that the battle may be over, but they'll never win the war.
Jack Patton