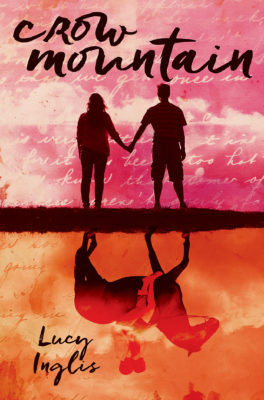 While on a trip to Montana with her mom, British teen Hope meets local boy Cal Crow, a ranch hand. Caught in a freak accident, Hope and Cal take shelter in a cabin, where Hope makes a strange discovery in an abandoned diary. More than a hundred years earlier, another British girl--Emily--met a similar fate. Her rescuer, a horse trader named Nate. In this rugged place, both girls learn what it means to survive and to fall in love, neither knowing that their fates are intimately entwined.
Lucy Inglis

Lucy Inglis is a historian of the eighteenth century and curator of the award-winning Georgian London blog. She lives in the shadow of St. Paul's Cathedral in London with her husband and their border terrier. You can visit her online at www.lucyinglis.com.

--- - Hope wasn't listening. She was staring at a tall boy wearing jeans, plain brown leather boots and a plaid shirt with the sleeves rolled above his elbows. He was on his phone with his weight slightly on one leg, shrugging as he talked and scanned the stragglers. Everything about him was narrow and angular, his hips, his chest, his throat. He had bright blue eyes, shiny brown hair pushed off his face, a sharp jaw, and tanned skin. Hope had never seen anything like him. She knew she was staring as she began to revise her expectations of Montana very sharply upwards. He caught her gaze and stopped talking. There was a long second before the person on the other end of the line gained his attention again, as Hope and the young cowboy stared at each other.