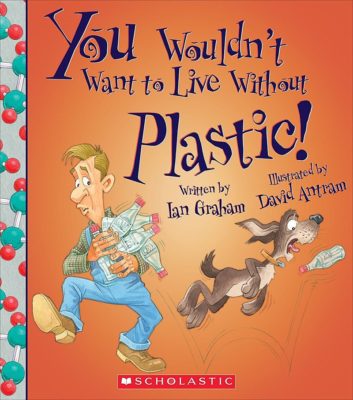 You Wouldn't Want to Live Without Plastic!

It can come in any color of the rainbow, be smooth and glossy, or dull and rough-but how important is this seemingly indestructible material, and would you want to live without it? If you were to go around your room and start listing all the things made of plastic, that list would soon become very long. Plastic is in your computer, mobile phone, television, pens and even in the clothes you wear. In this new You Wouldn't Want to Live Without title, find out about what plastics are made from, who invented some of the first plastics-and try your hand at making your very own plastic!
David Antram