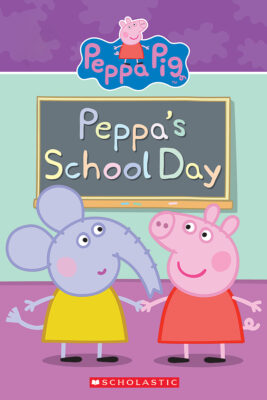 There's a new student in Peppa's class! Her name is Emily Elephant. At first, Emily is very shy and quiet. Peppa helps her adjust to school and make new friends as they learn, play games, and of course, jump in muddy puddles!
EOne