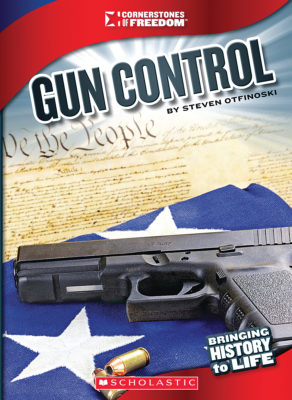 Since the mid-20th century, gun control has been one of the United States' most controversial issues. People on both sides of the argument have fought passionately for their beliefs, and little progress has been made in either direction. Readers will discover why some Americans are pushing for stricter gun laws in the wake of several shocking incidents of gun violence, while others hold to the belief that gun ownership is an important Constitutional right.
Steven Otfinoski

Otfinoski attended Boston University and graduated from Antioch College in Yellow Springs, Ohio. He has written more than a hundred books for young adults and children. He lives in Connecticut with his wife and their two children.