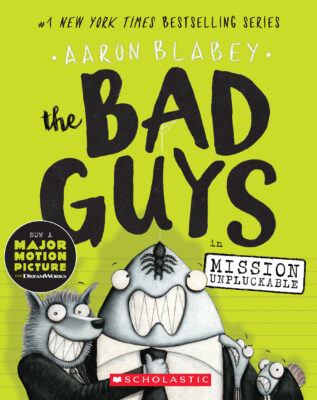 The Bad Guys next mission? Rescue 10,000 chickens from a high-tech cage farm. But they are up against sizzling lasers, one feisty tarantula, and their very own Mr. Snake...who's also known as "The Chicken Swallower." What could possibly go wrong?

Get ready to laugh up your lunch with the baddest bunch of do-gooders in town!