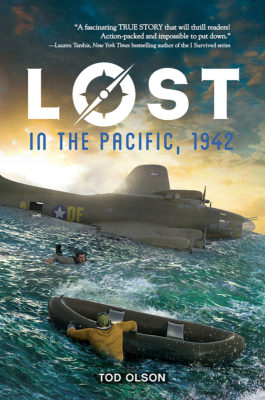 World War II, October 21, 1942. A B-17 bomber drones high over the Pacific Ocean, sending a desperate SOS into the air. The crew is carrying America's greatest living war hero on a secret mission deep into the battle zone. But the plane is lost, burning through its final gallons of fuel.

At 1:30 p.m., there is only one choice left: an emergency landing at sea. If the crew survives the impact, they will be left stranded without food or water hundreds of miles from civilization.

Eight men. Three inflatable rafts. Sixty-eight million square miles of ocean. What will it take to make it back alive?
Tod Olson