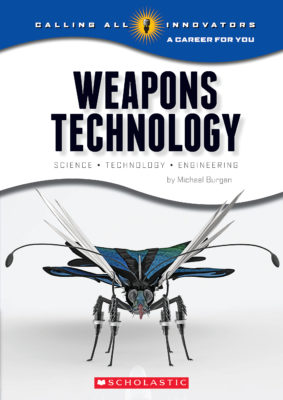 Series: Calling All Innovators: A Career for You

Calling All Innovators series introduces students to careers in science and technology. The complex text allows readers (Grades 5-8) to determine the main idea and explain how it is supported by key details.

War has been a fact of life ever since the dawn of civilization. But while armies once charged into battle with little more than wooden clubs or stone axes, centuries of innovation have led to a wide range of powerful and efficient weaponry. Readers will trace the history of weapons and other military technology, including such developments as guns, tanks, and guided missiles.
Michael Burgan