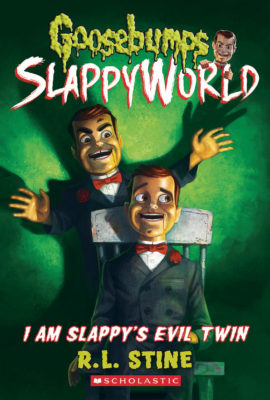 Luke Harrison's dad makes horror movies. It's very fun to be around such scary stuff-especially when you have your own monster museum at home. But when two ventriloquist dummies join the collection, things get real creepy. Real-life creepy! Slappy and Snappy can walk and talk on their own. And they can make you scream on their own. They have a plan to make everyone's lives miserable. Will Luke be able to stop this terrible twin twosome?