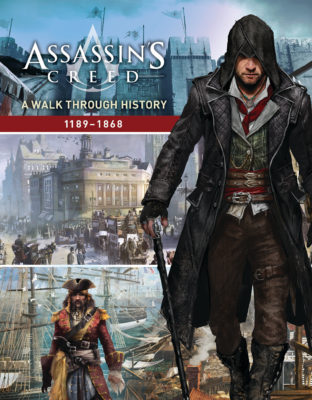 The characters and places from the Assassin's Creed video games come to life in this unique non-fiction guide to the historical time periods of the games. It's a perfect-and age appropriate-- book for middle grade and YA fans of the Assassin's Creed franchise, exploring how the game's characters figure into their various time periods and then diving into the real history of each. It features the true stories behind the battles, assassinations, and historical figures such as George Washington, Leonardo da Vinci amd the infamous pirate Blackbeard.

Illustrated with images from the games as well as historical illustrations and photographs, time periods include the Crusades, Italian Renaissance, Colonial Americas, French Revolution, and Victorian England. Both unbelievably cool and educational, Assassin's Creed Through the ages is a stunning visual guide that shows how the hugely popular game series brings history to life.
Rick Barba