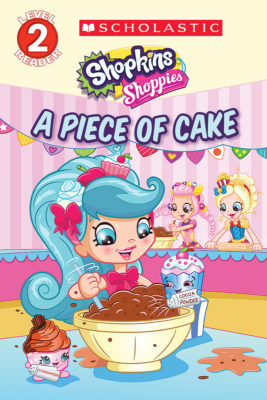 A Piece of Cake (Shopkins: Shoppies)

Business is booming at the Cupcake Queen Café thanks to Jessicake's tasty treats. Her baking skills are so popular that Shady Diva orders one thousand cupcakes for her next fashion show. When Milk Bud runs off with Shady Diva's order list, Jessicake is sure her reputation as the best baker in Shopville will be ruined! Can her friends save her from a total dessert disaster?