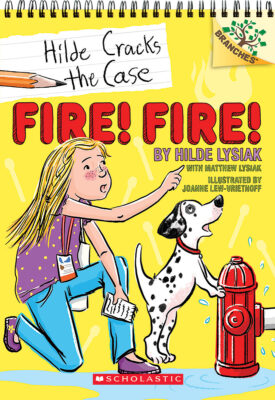 Real-life crime reporter Hilde Lysiak is starring in her very own early chapter book series -- inspired by real news stories she has written! In this third book, there's a fire on Orange Street and a shop burns down! Mrs. Brown thinks her candles started the fire. She's so upset she won't leave her house. But the town pet parade can't start without her! Hilde needs to find out what REALLY caused the fire. Can she crack this RED-HOT case in time to save the parade? Joanne Lew-Vriethoff's personality-filled illustrations appear on every page, bringing Hilde's adventures to life for young readers!