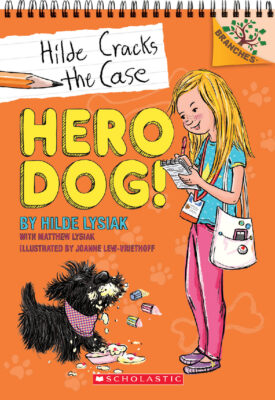 Nine-year-old crime reporter Hilde Lysiak is starring in her very own early chapter book series -- inspired by news stories Hilde wrote in real life! In this first book, there's been a break-in on Orange Street! Cupcakes have been stolen, and soon a pie goes missing, too. Hilde and her sister/photographer, Izzy, must interview witnesses and follow the clues. Can Hilde crack the case in time to post her news story online? Joanne Lew-Vriethoff's personality-filled illustrations appear on every page, bringing Hilde's adventures to life for young readers!