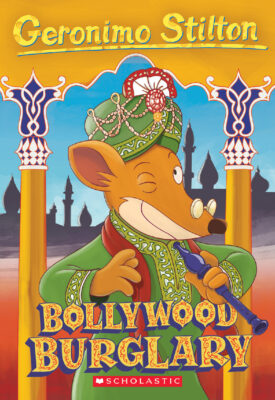 My detective friend Hercule Poirat and I were headed to India. A Bollywood star we're friends with had received a valuable ruby and wanted us to help her protect it... which meant that I ended up acting in the movie she was filming! Rancid ricotta -- I'm a terrible actor! Even worse, just when we least expected it, the ruby was stolen. Could we find the thief?
Geronimo Stilton