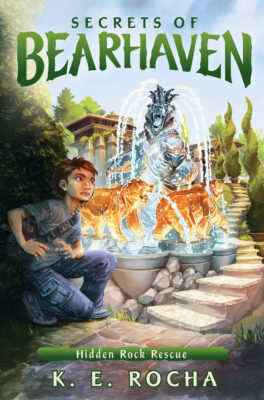 Ever since Spencer Plain's parents disappeared, he's been staying in Bearhaven--a secret city where bears talk, go to school, develop secret technology, and plan missions to rescue others who need help.

Spencer's been planning, too. He's in training as an operative with the Bear Guard, so that he's ready to go help rescue his parents. They've been captured by Pam, who runs an illegal ring of rare animal trading and has been training an army of bears under his control. The Plains are being held at the Hidden Rock Zoo, which is Pam's formidable, fortress-like base.

Spencer and the team will have to sneak in, find his parents in the maze of the zoo, and make their escape. Or at least that's the plan. But when it starts to go wrong and Spencer and Aldo are cut off from the rest of the team, it will take some fast thinking, some serious stealth, and a lot of teamwork to get everyone out safe!