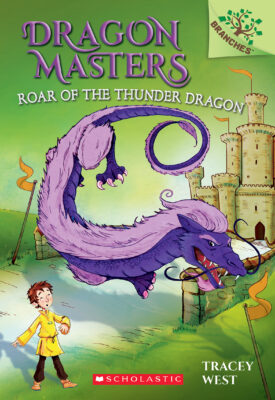 In book #8, Drake and the rest of the Dragon Masters are searching for Lalo the baby Lightning Dragon! Lalo was kidnapped by Eko -- Griffith's first Dragon Master. Eko ran away with her Thunder Dragon, Neru, years ago. Now she's back and she wants to kidnap every dragon in the kingdom! Can Drake and the other Dragon Masters rescue Lalo and stop Eko before it's too late?
Damien Jones