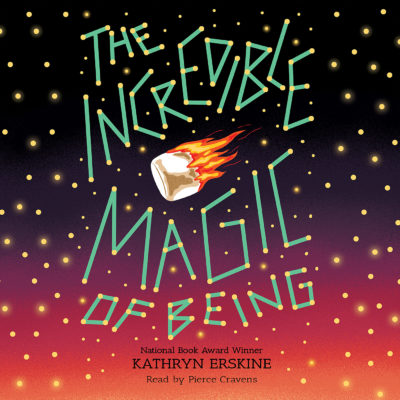 Incredible Magic of Being, The

Some might say Julian is sheltered. His sister Pookie certainly would. But he lives large, and his eternal optimism allows him to see infinite possibilities wherever he looks.

He has to think positively since he believes he might only be on this earth for a few more years. As his family moves from Washington D.C. to Maine, Julian feels the weight of the transition. His once strong "uni-sense" with his sister isn't working anymore, but if he can do something truly incredible, like discover a comet that he can name for himself, he'll be able to unite his family even after he's gone.

As Julian searches the night sky, he discovers his neighbor, Mr. X, who on one hand can put an end to his parents' dream of opening their B&B by opposing the addition their house required, and on the other hand needs healing of his own.

As an avid student of science, Julian understands that there is so much about the universe that we don't yet know. Who is to say what's possible and what's not?
Kathryn Erskine

Kathryn Erskine is the acclaimed author of many distinguished novels for young readers, including Mockingbird, winner of the National Book Award; Seeing Red, a Jane Addams Honor Book; The Badger Knight, lauded by Publishers Weekly as a book to "captivate readers"; The Absolute Value of Mike, an Amazon Best Book and ALA Notable Book; and Quaking, an ALA Top Ten Quick Pick for Reluctant Readers. Kathryn lives and writes in central Virginia, and travels the world to talk about writing and seek out more stories.