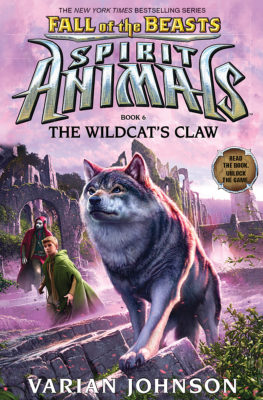 The Wildcat's Claw (Spirit Animals: Fall of the Beasts, Book 6)

The Heroes of Erdas are wanted fugitives. Conor, Abeke, Meilin, and Rollan have saved their world from countless threats. They are guardians from across the globe, united by their legendary spirit animals under one banner. But now the young heroes are running for their lives, framed for a crime they didn't commit.

Branded as traitors, the four must uncover the plot against them, all while unraveling the mysteries of a set of powerful relics tied to an ancient secret.

Their search brings Conor home to Trunswick, where there will be no hero's welcome. They find the city transformed: the castle burned to ground and the townsfolk poor and desperate. With a handsome reward offered for their capture, who can the heroes trust?
Varian Johnson