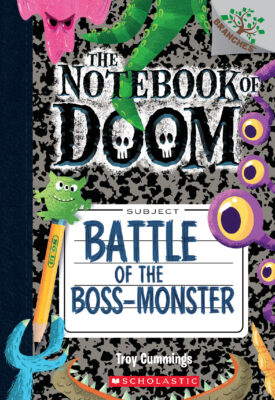 The Super Secret Monster Patrol has protected Stermont from all kinds of monsters. But is the S.S.M.P. ready to take on a whole ARMY of monsters? Alexander, Rip, and Nikki need to find the BOSS-MONSTER's secret hideout and steal back the notebook. But first, they'll have to battle her monster army in the ULTIMATE SHOWDOWN!
Troy Cummings