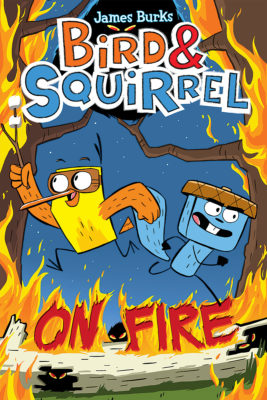 It's been a long, crazy trip around the world. Now the duo is back in their beloved forest, and Bird wants to throw a party! But Squirrel isn't in the mood to celebrate. His house needs a good cleaning, the river has been dammed up by a pesky beaver, and the forest animals are jittery about a growing menace. Will the dam dry out the forest? Will the mysterious new danger ruin the party? Will Bird finally convince Squirrel to let go and just have a good time? Find out in their hilarious new adventure!
James Burks