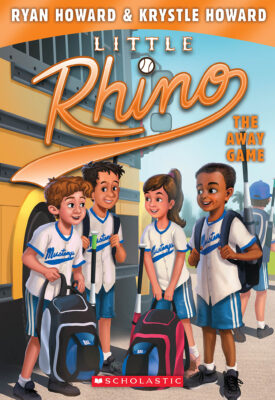 The Away Game (Little Rhino #5)

Coach Ray has some exciting news! After a great season, the Mustangs made it into a tournament. They get to travel to the capital and play against the best teams in the state. It's a huge honor and everyone is super excited to go.

But then Rhino realizes that he's going to have to sleep in a hotel. Away from Grandpa James and his brother. He's never stayed away from his house before. If Rhino is this nervous, will he be able to concentrate on the game?
Krystle Howard