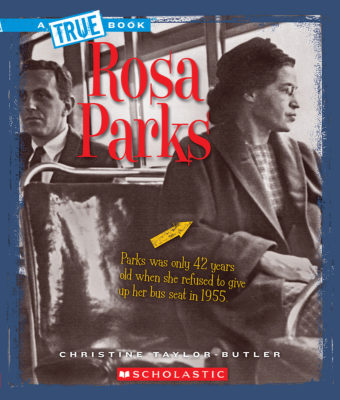 On December 1, 1955, Rosa Parks was arrested when she refused to give up her seat on a bus so a white man could sit. Almost overnight, she became an icon of the rapidly growing civil rights movement. Readers (Grades 3-5) will find out how Parks continued to fight for African American civil rights after her famous arrest. They will also learn more about the racism and segregation that Parks and other African Americans have been subjected to throughout U.S. history.
Christine Taylor-Butler

Taylor-Butler studied both engineering and art & design at the Massachusetts Institute of Technology.