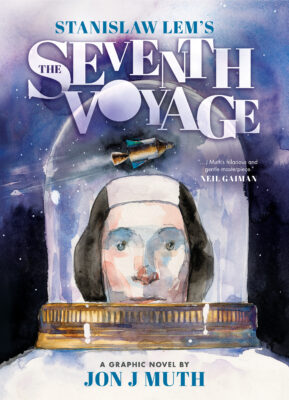 An NPR Best Book of the Year

Alone in his broken spaceship-with no one there to help him-he could remain trappedin space indefinitely!

But soon something strange begins to happen: Tichy's past and future selves appear. And rather than helping one another, they bicker and fight as they crowd into the tiny vessel.Will Tichy stop fighting with himself long enough to save his own life?

Stanisław Lem is an internationally revered Polish writer who has been translated into 41 languages and has sold over 45 million books worldwide. His acclaimed novel, Solaris, was adapted into a movie starring George Clooney. And Star Diaries is his popular short story collection from which The Seventh Voyage was taken.