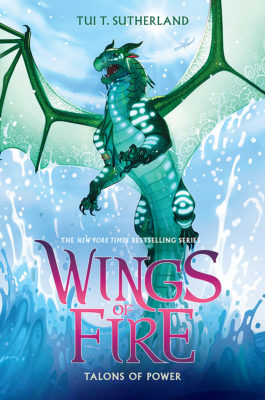 Turtle isn't one of the heroes he reads about in stories. If he were, he'd use his animus powers to help Pyrrhia -- instead of keeping his abilities a secret, even from his own sister. Now that Darkstalker, the sinister and impossibly old dragon from Pyrrhia's most notorious legends, has returned, Turtle knows his own role is simple: hide. And stay hidden.

The other dragons at Jade Mountain Academy, on the other hand, think Darkstalker is fascinating. He charms everyone he meets, including Turtle's most skeptical friends. They all seem convinced that the ancient dragon has changed.

Turtle isn't so sure. The more he watches Darkstalker from the shadows, the more Turtle knows that someone needs to stop the powerful dragon. A real hero. But Turtle is running out of time to find one, which mean . . . he might have to try to save the day himself.
Tui T. Sutherland