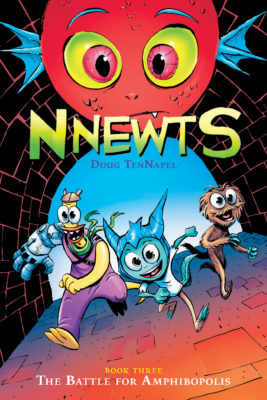 In the final, epic installment of the Nnewts trilogy, the fate of all Nnewts hangs in the balance! Herk, falling under the influence of Blakk Mudd, is slowly turning into a Lizzark and abandoning his Nnewt friends. Herk's siblings, Sissy and Zerk, have been corrupted by evil and the Lizzark army is still threatening Amphibopolis with total destruction. Now the Nnewts need a true hero to step up and save the day before it's too late!