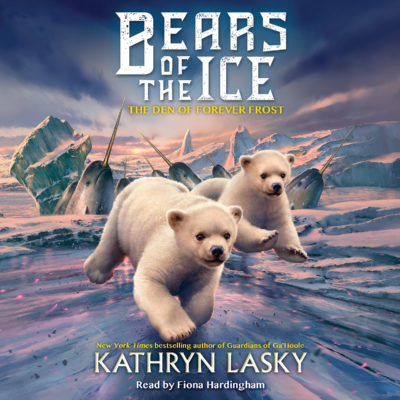 Den of Forever Frost, The

After learning that their mother is being held captive at the dangerous Ice Cap, cubs Stellan and Jytte continue their search for their father, Svern. He's the only one who can gather the other bear rebels and craft a plan to storm the Ice Cap. But the secret to defeating the Grand Patek lies deep in the legendary Den of Forever Frost -- a place that some bears claim never existed at all.

Now, it's up to the cubs to find the tool before the enemy closes in. But their chances are slim -- the Grand Patek has a secret weapon at his disposal -- one with the power to destroy everything the creatures of Ga'Hoole hold dear.

In this second book in the Bears of the Ice series, bestselling author Kathryn Lasky lures listeners deeper into a vividly imagined fantasy world full of magic, adventure . . . and animal heroes unlike any other.