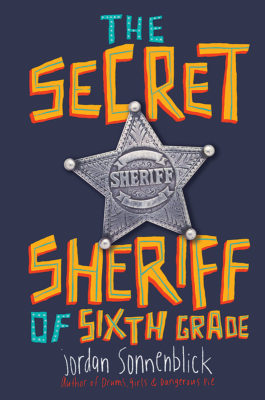 The Secret Sheriff of Sixth Grade

In sixth grade, bad things can happen to good kids. Bullies will find your weakness and jump on it. Teachers will say you did something wrong when really you didn't mean to do anything wrong. The kids who joke the loudest can drown out the quieter, nicer kids.

Maverick wants to change all that. One of the last things his father left him was a toy sheriff's badge, back when Maverick was little. Now he likes to carry it around to remind him of his dad -- and also to remind him to make school a better place for everyone . . . even if that's a hard thing to do, especially when his own home life is falling apart.

The Secret Sheriff of Sixth Grade is a story about standing up for yourself -- and being a hero at home and in the halls of your school.