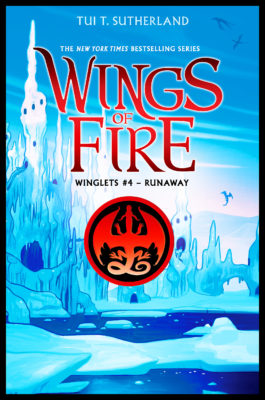 Thousands of years before the dragonets of destiny were hatched, another destiny began ...

Foeslayer the NightWing and Prince Arctic of the IceWings are legendary. According to the myths, before they became the parents of Pyrrhia's most infamous dragon, Darkstalker, Foeslayer and the NightWings kidnapped an IceWing prince. The act set off a bitter rivalry between the tribes that lasted thousands of years.

But it all started so simply: Foeslayer and Arctic fell in love. They just wanted to be together; instead, a runaway dragon became a fugitive -- and changed Pyrrhia forever.
Tui T. Sutherland