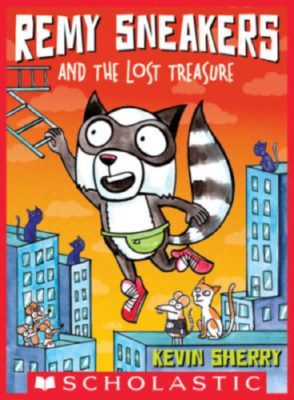 Someone has ransacked Remy's home and stolen his prized possession, a book of Raccoon Family stories. But anyone could have done the dirty deed. Was it a sneaky pack of alley cats out for a quick buck? Or maybe Big Al, the notorious king of the sewers? Or could it be the work of a mysterious masked figure? It's up to Remy and the rest of the Critter Crew to go undercover, track down the thief, and recover the book... or Remy's missing memories will be lost forever!
Kevin Sherry