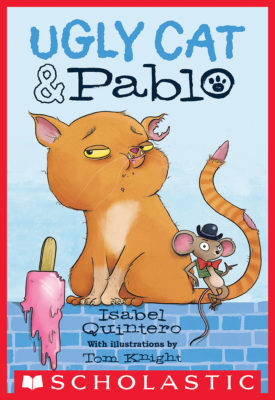 Ugly Cat and his impeccably dressed mouse friend, Pablo, are an unlikely and dynamic duo who will win young readers over with their ridiculously silly antics and their search for tasty treats.
Tom Knight