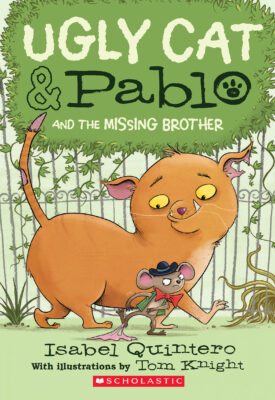 Ugly Cat was supposed to meet up with his brother Tamarindo so that they could go on a search for the best albondigas (meatballs) in the neighborhood, but then Tamarindo never showed up!

Now Ugly Cat and his impeccably dressed mouse friend, Pablo, are on a mission to find Ugly's brother. But when all signs are pointing to the haunted Old Herrera House, can they figure out a way to sneak in, rescue Tamarindo, and make it out in one piece?
Tom Knight