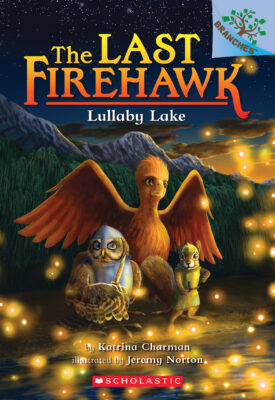 In the fourth book in this fast-paced series, Tag, Skyla, and Blaze continue their journey in search of the next piece of the Ember Stone. The magical map leads them across the poisonous Bubbling Bog, all the way to the fairy-filled Lullaby Lake. As they travel east though, the friends are also moving closer and closer to Thorn's dark territory. What will happen when Tag finally comes face-to-face with his enemy? This action-packed series makes a great introduction to fantasy and quest stories for younger readers. Jeremy Norton's realistic black-and-white artwork appears on every page!