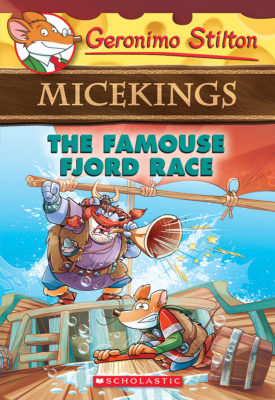 Who is Geronimo Stiltonord?
He is a mouseking -- the Geronimo Stilton of the ancient far north! He lives with his clan in the village of Mouseborg. From sailing frozen waters to facing fiery dragons, every day is an adventure for the micekings!