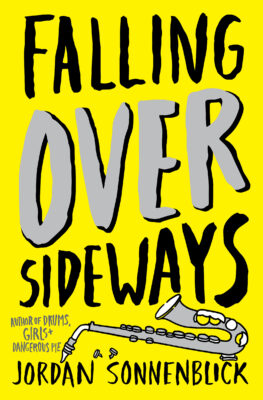 It's not easy being Claire. (Really.)

Claire's life is a joke . . . but she's not laughing. While her friends seem to be leaping forward, she's dancing in the same place. The mean girls at school are living up to their mean name, and there's a boy, Ryder, who's just as bad, if not worse. And at home, nobody's really listening to her -- if anything, they seem to be more in on the joke than she is.

Then into all of this (not-very-funny-to-Claire) comedy comes something intense and tragic -- while her dad is talking to her at the kitchen table, he falls over with a medical emergency. Suddenly the joke has become very serious -- and the only way Claire, her family, and her friends are going to get through it is if they can find a way to make it funny again.