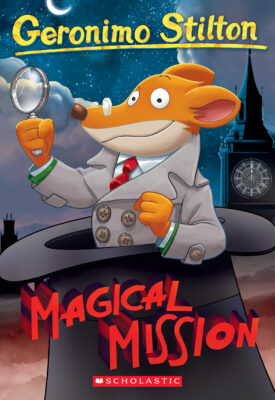 I was traveling to London, England on a secret mission! I had to investigate some strange occurrences -- someone was trying to get their paws on the crown jewels! Trap came along, too, to compete in a big magic show. And before I could solve my mystery, Trap needed my help... to perform an impossible magic trick. Could I do it all? Squeak!
Geronimo Stilton