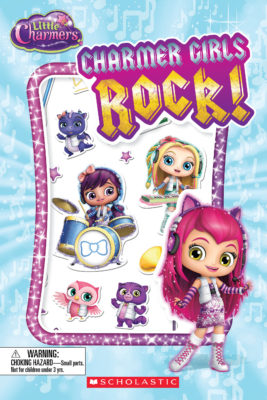 Join the Little Charmers on their latest mischievous misadventure! Posie really, really wants to win the Charmville Talent Contest. So she convinces Hazel and Lavender to form a band with her. Together, the Charmers really rock! But when Hazel casts a spell to make the girls sound even better, magical mayhem ensues.

This book has a diecut cover displaying the adorable puffy stickers every Charmers fan will want to have.
Meredith Rusu