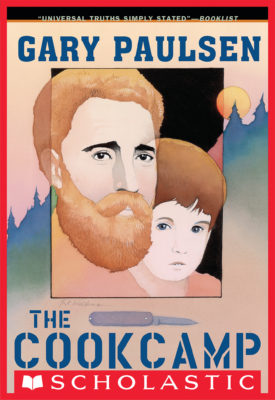 Told through the eyes of a 5-year-old boy, this is a story of adventure and discovery in a cookcamp located in the Canadian woods during World War II.When?: World War IIWhere?: A cookcamp in the Canadian woodsWhy?: He's not really sure. One summer, a 5-year-old boy goes to live with his grandmother in a cookcamp. The camp is home to 9 men who are building a road through the woods. The boy misses his mother, but at the same time the camp becomes home--a special home where he learns to spit and rides the tractor. It's a wonderful summer, but then he lets slip to his grandmother about "Uncle Casey" and she writes seven letters to his mother. Seven letters that she mails "good and hard." A short while later, the boy returns home.