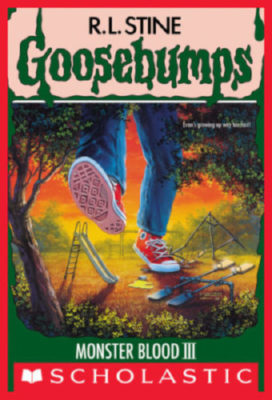 Evan can't stand babysitting his genius cousin, Kermit. Kermit refuses to play video games. He won't even play Frisbee! All likes to do is hang out in the basement performing strange experiments and playing mean practical jokes on Evan and his friend Andy.

But now Andy's found something that will teach Kermit a lesson once and for all.

It's green. It's slimy. And it comes in a can marked...Monster Blood!