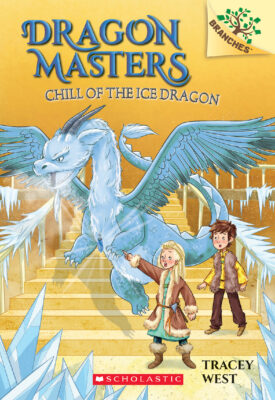 In the ninth book, a Dragon Master named Mina arrives at the castle. She tells Drake and his friends that her kingdom in the Far North Lands was attacked by a magical Ice Giant. Everything there was frozen -- but Mina escaped! Only a fire dragon can unfreeze her land and defeat the terrible Ice Giant. But Rori and Vulcan are no longer at the castle! Can the Dragon Masters find them in time to help their new friend?
Tracey West

Nina de Polonia has loved drawing ever since she could hold a pencil. She enjoys illustrating stories and characters that are playful and quirky. Aside from illustrating children's books, she's also a crocheter, a calligrapher, a gardener, and a full-time mom. Nina lives in the Philippines.