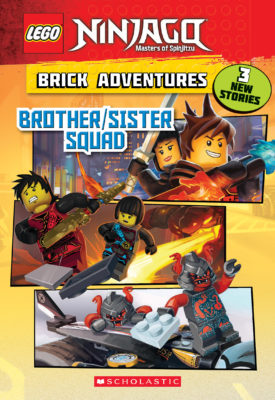 Kai and Nya have always worked together closely as brother and sister. But that was before the return of Krux and Acronix. The nefarious Time Twins soon reveal long-buried secrets from Kai and Nya's family's history. Can the two ninja work together to overcome the past and face the future?